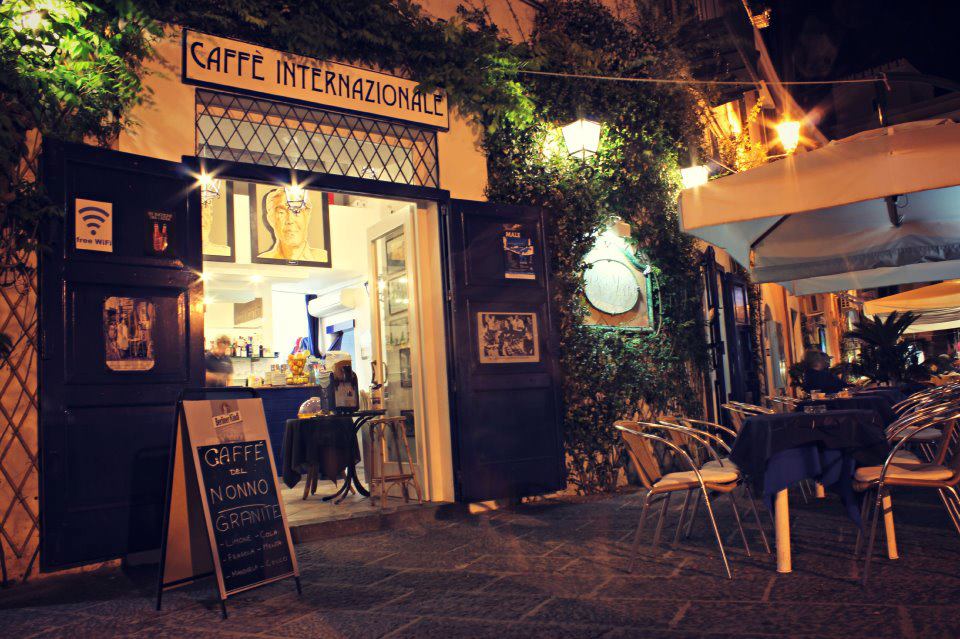 Bar Maria has long been established as one of Ischia's trendiest bars in modern times but also has a fascinating and glamorous heritage. Situated in the thriving centre of Forio, it boasts the ideal location to sit and watch the world go by or to engage in conversation over an aperitif.

The classical façade of the bar is the first clue to its history which dates back to the time when Ischia was only just beginning to welcome its first few visitors. Back in the 50's and 60's, Ischia underwent a transformation from sleepy fishing island to chic holiday destination for the rich and famous of the day. Bar Maria was at the centre of this renaissance and was host to a whole host of illustrious guests who spent many a long evening forming friendships and discussing the issues of the day. Artists, actors, writers, philosophers and politicians could all be seen at the bar as it was known as the intellectual hub of the island during these formative years. The likes of Sir Laurence Olivier, Sofia Loren, Charlie Chaplin, Richard Burton, Liz Taylor, Jackie Kennedy, Aristotle Onassis, Ava Gardner, Boris Karlov and W H Auden are just some of the characters said to have spent time at the bar during their visits to Ischia and Forio in particular, while many more have followed in their footsteps.

In modern times, Bar Maria continues to enjoy its position as one of the foremost destinations for drinks, live music, conversation and people-gazing in the trendy centre of Forio, so make sure you stop by and follow in the footsteps of the stars.

Bar Maria is situated in Piazzetta Matteotti, in the centre of Forio. From the port area, head towards the town centre and Via Matteo Verde. This is a mainly pedestrianised streets with lots of shops, bars and restaurants and Bar Maria is easy to locate with its white parasols and blue doors.