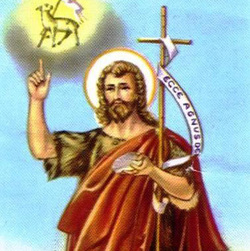 Every year on the 24th of June, the people of Ischia celebrate San Giovanni, one of the most important religious dates in the annual calendar. In Forio many years ago, children were taught not to swim on this day because of the presence of swords and knives in the sea. This legend comes from a terrible battle that happened off the coast of Forio in 1544 between pirates led by the bloodthirsty corsair Khair al Din (also known as “Pirata Barbarossa” or “Captain Redbeard”) and the inhabitants of Ischia.

The raids by the pirates arriving from the northern coasts of Africa (locally known as Saracens) on the island of Ischia (especially in Forio) started from the 6th century A.D. They were very frequent and had a huge impact on the lives of the islanders for almost a thousand years.

Starting from May, with the advent of fairer weather and the calmer seas, the population of the island had to prepare themselves for these terrifying and unpredictable night time assaults with the most devastating consequences including rape, pillage, destruction of property, fire and even murder. Apart from these particular horrors, the greatest impact was felt from the kidnapping of thousands upon thousands of men, women and children who were then sold as slaves in African markets.

For this reason, from the 14th century, the inhabitants of Forio started to build the famous 14 towers (the most famous of which, Il Torrione just near the port of Forio, is still open today to visit) to use as watchtowers or shelters from the attacks. Unfortunately, the building of the towers wasn’t enough to protect the islanders and the attacks continued until 1830, with the French occupation of Algeria.

The 24th of June is also the day when people in Ischia make their homemade ”Nocillo” (or “Nocino”), a liqueur made from alcohol and green walnuts. To make this delicious and digestive liqueur, raw green walnuts must be collected from a walnut tree by a woman (or a “witch”!) at night time between the 23rd and the 24th of June and you can find the recipe for Nocillo here.

Also on San Giovanni's day the traditional dance, la N'drezzata is performed in the main square in Buonopane.