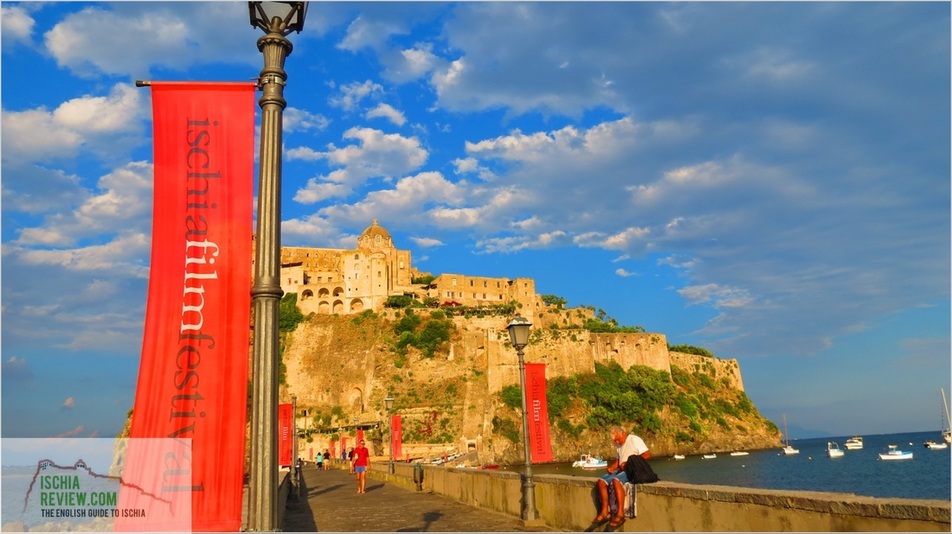 The 2020 Ischia Film Festival will take place from Saturday 27th June to Saturday 4th July 2020. Ischia's links with the movie industry are well established with the island having starred as the backdrop to dozens of movies from Cleopatra to The Talented Mr Ripley among many others. The links are further strengthened by Ischia's two summer film festivals - The Ischia Film Festival which starts on 14th to 21st July 2020, is followed just a week later by the Ischia Global Film & Music Fest.

During Ischia's summer of film, the island will be scattered with gold-dust in the shape of the latest and greatest of Hollywood and world cinema.

Ischia Review will be on the scene to keep you abreast of the latest news and celebrity gossip surrounding the two festivals, so be sure to add this page as one of your favourites so you don't miss any of the photos or celebrity tit-bits from the island.

You can also go directly to the Ischia Film Festival website by clicking on the link at the bottom of this page.

7th January 2015: The dates for the 2015 Ischia Film Festival has been announced, the festival starts on Saturday 27th June and ends on Saturday 4th July. This year will see the 13th edition of the festival which celebrates world cinema and documentaries. With the stunning Castello Aragonese once again the venue for the event, the Ischia Film Festival will showcase several movies at once, offering a choice for viewers in a number of intimate locations and rooms with the castle's walls. We'll keep you updated with all the latest news about the event as soon it reaches us.

This year's event sees a series of screenings that take place in five different locations within Castello Aragonese. The films are free to watch and available on a first come first served basis. They are played in their original language with Italian subtitles on the screen.

15th April 2014: In anticipation of the fabulous Ischia Film Festival 2014, Ischia Review have teamed up with one of the leading luxury yacht providers on the mainland to offer our clients discounted rates on private transfers from Naples, Capri and the main towns along the Amalfi Coast such as Sorrento, Positano and Amalfi itself.

Whether you're travelling by yourself, as a couple or part of a larger group, we have a fleet of beautiful yachts to get you straight to the heart of the action, travelling in style across the crystal clear waters that surround Ischia.

Our exclusive packages include a skipper, taxes, fuel, drinks on board, towels and charter fees so all you have to do is sit back and relax as you make your way to the festival in style.

To reserve your crossing now, please write to us at info@ischiareview.com and we'll get back to you with prices and further details.
28th June 2013: Ischia's position of importance in the world's movie industry will be further cemented tomorrow when the summer of film on the island begins with the Ischia Film Festival.

The Ischia Film Festival is an event that recognises the importance of shooting locations as a vital part of the film-making process. Starting from tomorrow night and for seven days in total, the festival will screen 88 new films, documentaries and short films in locations around Ischia.

The first location to be used is Castello Aragonese where there will be a series of screenings, exhibitions and debates about the work being shown. Among the castle's locations being used will be the Terrazza del Convento and the Piazzale delle Armi, the small square that sits just outside the castle, which will be used as one of the screening locations.

The Ischia Film Festival precedes the Ischia Global Film & Music Fest which begins on the 13th July and is further evidence of Ischia's unique and important role within the movie industry, which has been long established by such luminaries as Angelo Rizzoli, Luchino Visconti and the dozens of movies that have been shot on location on the island such as The Talented Mr Ripley and Cleopatra.