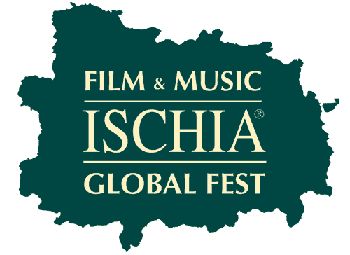 The 2020 Ischia Global Film & Music Fest will take place from Tuesday 14th July to Tuesday 21st July 2020. Ischia's links with the movie industry are well established with the island having starred as the backdrop to dozens of movies from Cleopatra to The Talented Mr Ripley among many others. The links are further strengthened by Ischia's two summer Film Festivals - The Ischia Film Festival which starts on 27th June 2020 and ends on 4th July 2020, is followed just a week later by the Ischia Global Film & Music Fest.

During Ischia's summer of Film, the island will be scattered with gold-dust in the shape of the latest and greatest of Hollywood and world cinema.

Ischia Review will be on the scene to keep you abreast of the latest news and celebrity gossip surrounding the two festivals, so be sure to add this page as one of your favourites so you don't miss any of the photos or celebrity tit-bits from the island.

You can also go directly to the Ischia Global Film & Music Fest website using the green button at the bottom of this page.

Free entry on a first come, first served basis apart from for the screenings from the 12th to the 18th of July which are by invitation only.

8:30pm Birdman (or the unexpected virtue of ignorance) by Alejandro Gonzales Inarritu – 119 minutes

11:00pm The Truth About Emanuel by Francesca Gregorini – 91 minutes

This year's Ischia Global Film & Music Fest provides the public with a series of free screenings of selected movies that are making an appearance at the event. There are four locations from where you can watch the films, in most cases for free on a first come - first served basis. 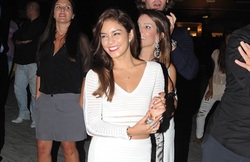 The last week in Ischia has been dominated by stories of celebrities arriving and taking part in Ischia Global with a series of glamorous parties and a celebration of film with free movie screenings which end tomorrow night.

Hudgens is in Ischia to promote her new film "The Frozen Ground", also starring Nicolas Cage which screens for the first time in Lacco Ameno this evening at a specially-arranged guest-only screening.

This year's Ischia Global has been a roaring success for the island with a plethora of celebrities enjoying their time on the island including actors Samuel L Jackson, Nicolas Cage & Eli Roth as well as A-List producers and directors such as Joel Schumacher and Terry Gilliam.

La Regina Isabella, Lacco Ameno
July 15th 2013: The Ischia Global Film & Music Fest is now in full swing across Ischia, bringing enjoyment to film & music fans all across the island. Part of the festival's aim is to share and celebrate the movies that it has chosen to honour at this year's event and that includes daily screenings at cinemas in Ischia Porto, Lacco Ameno and Forio. The films are often introduced by actors who starred in them or directed them and with names such as Samuel L Jackson and Nicolas Cage around that certainly means the screenings are a huge draw. However, the best thing of all is that these screenings are FREE! Here Ischia Review brings you the list of films that will be screened over the coming days:

Saturday 20th July (by invitation only)

nastassja  kinski  announced  as  "madrina"  at  this  year's  ischia  global 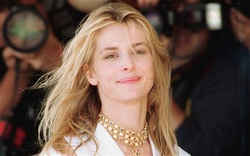 This year's festival will be celebrating French cinema and opens with Roman Polanski's latest effort, "Venus in Fur"whilst Polanski himself will be given the Ischia Legend Award in absentia.

Daughter of Klauss Kinski, Nastassja has been a regular visitor to Ischia over the years with a recent stay in Forio and will be welcomed back to the island for this year's big event.

Opening movie Venus in Fur tells the story of an actress who is desperate to convince a producer of her suitability for a role in his upcoming movie. The film stars French actress Emanuelle Seigner in the lead role and was also featured in this year's Cannes Film Festival.

June 20th 2013: The organisers of the Ischia Global Film & Music Fest have announced another hollywood legend as the latest to be honoured at this year's event.

Australian Director Baz Luhrmann whose previous work includes Moulin Rouge and Rome & Juliet has been lauded for his most recent work, The Great Gatsby starring Leonardo di Caprio and his efforts have now been recognised by Ischia Global who will hand him the coveted Luchino Visconti Legend Award.

Fittingly, the ceremony will take place at La Colombaia, the former residence of Italian Film Director Luchino Visconti. The stunning villa in Forio d'Ischia is these days a museum that pays homage to Visconti's work and will be just one of the venues used by Ischia Global in what promises to be a fantastically exciting week of the festival. 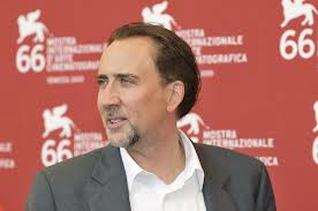 May 30th 2013: Oscar-winner Nicolas Cage has joined Samuel L. Jackson and Arnon Milchan as the latest recipient of the prestigious "Ischia Legends" award at this year's event.

The Ischia Legends award that Cage has won will be handed to him at a special gala screening of Frozen Ground on July 19th. 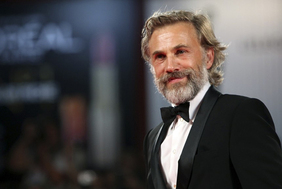 ﻿May 20th 2013: Oscar winner Christoph Waltz will this week announce the name of this year's "filmmaker of the year" ahead of the Ischia Global Film & Music Fest in July.

Italian film director, producer and writer, Iginio Straffi is set to be the recipient of the award which will be officially announce at the Cannes Film Festival on Wednesday this week. Straffi's work within the realm of animation and hit films such as Gladiators of Rome and the children's TV series Winx Club, has earned him the prestigious accolade and he will be joined on stage by Waltz, star of Inglourious Basterds and Django Unchained, when the announcement is officially made.

Festival organisers have also announced the names of the first six films that will be shown at this year's event. Shawn Levy's comedy, The Internship, starring Vince Vaughn and Owen Wilson will make its European Premiere in Ischia at the same time as Girl Most Likely, a comedy starring Annette Bening, Empire State; The Gun, The Cake & The Butterfly, by Amanda Eliasch and Marcelo by Omar Ynigo. The film, Ethel, a story about the Kennedy political dynasty will also be shown whilst making its Italian premiere.

Waltz's links with Ischia are strong as he is already an "honorary citizen" of Lacco Ameno, the home of Ischia's movie legacy. 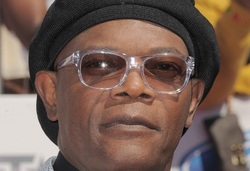 May 15th 2013: Movie legend Samuel L. Jackson is to be honoured at Ischia's Global Film & Music Fest in July this year. Hollywood's highest-grossing actor is to be rewarded to his contribution to fillm by receiving the prestigious Ischia Legend Award, the highest honour available at the event.

Jackson, the star of over 100 movies, shot to prominence after his role as Jules Winnfield in Pulp Fiction, for which he received widespread acclaim, awards and nominations. More recently, the actor has performed roles in big budget productions from Quentin Tarantino such as Django Unchained, and was just this week confirmed in the role of president  for the adventure movie Big Game.

News of Jackson's award at Ischia Global has alerted his army of fans who will now excitedly be clamouring for tickets for the event and a glimpse of their favourite actor when the event gets underway.

To keep up to date with all of the latest news and gossip for Ischia Global, and the latest travel news for Ischia, then stick with us at Ischia Review. 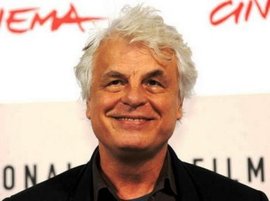 The 8 day event begins on 13th July and will feature a wide-range of celebrities from the world of film & music and Placido, best known for his director's role in Romanzo Criminale and his acting part in the Italian TV series La Piovra.

The festival is now in its 11th year and this year's event promises to be one of the best yet. Ischia Review will be in place to provide you with all of the news and gossip leading up to the event so stay with us to keep up to date.
ischia global film & music fest website