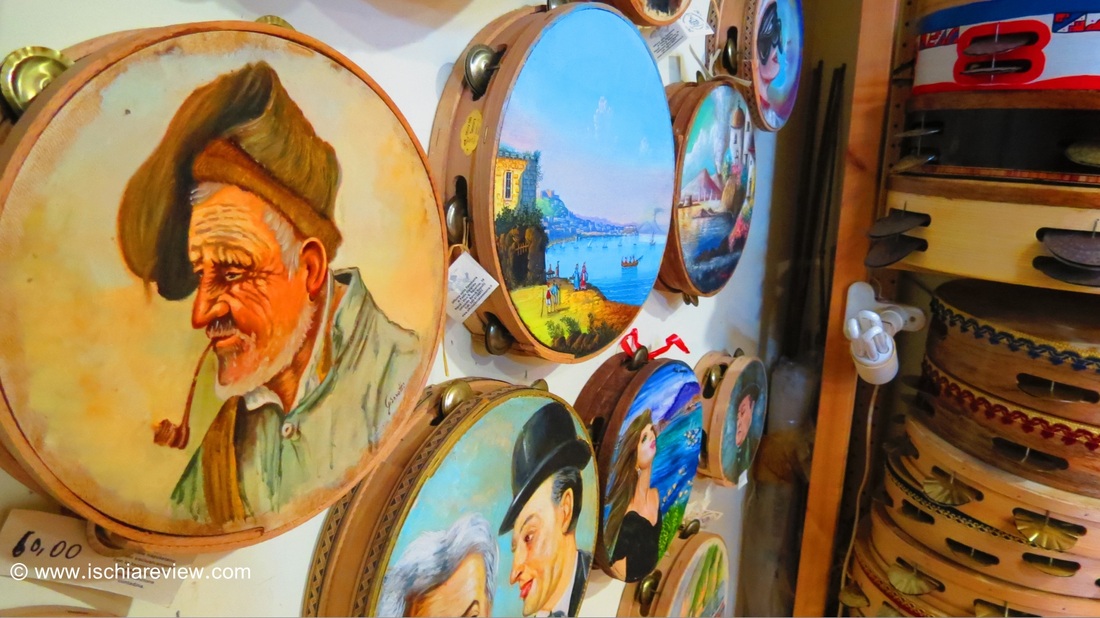 The working week in Ischia has started under beautiful blue skies and glorious sunshine. There's an atmosphere of busy activity outside as the islanders go about their daily business. There's always a bit of a sleepy lull between 1:30 and 4:00pm while most people have their lunch breaks before things getting going again for the evening session. In the distance the sounds of farm vehicles are mixed in with grinding, whirring machinery as no doubt a house or a hotel undergoes a little cosmetic surgery before the main bulk of tourists arrive for the busy Easter period.

The temperature right now at 3pm is a very agreeable 15° Celcius (59° fahrenheit) but will drop this evening to as low as 8°C (46°F) which is bar far the coldest it's been for a while. We've been very lucky so far with some really nice warm afternoons but we're probably due a spell of colder stuff by now as we head deeper into that pesky winter time.

Today's photo was inspired by one of the sounds I could hear while standing out in the garden. A budding Ringo Starr was belting out a surprisingly bad rendition of something, presumably blissfully unaware that his or her "tunes" could be heard for several miles around! However, the instrument in the image above when played properly makes for one of the typical sounds of Neopoletan music. The "Tamorra" is a large tambourine that acts as the rhythmic backdrop to the fantastic music of the same name which is usually accompanied by a doleful lament by the singer. Having witnessed this sound for the first time back in September at La Tamorra festival in Forio I was instantly hooked and transfixed by the power and passion of the performers. There are many different types of songs that make up the genre but typically they include the Tamorra (instrument), acoustic guitars, flutes, violins and a singer or two. The Tamorra player or players spend an incredible amount of energy belting away at the tambourine to create music that gets people off their seats and dancing away, seemingly hypnotized by the stirring sounds coming from the stage.

Many of Ischia's hotels and restaurants hold regular evenings of Neapoletan folklore which include the Tamorra and also the famous Tarantella or Ndrezzata dancing which is equally full of passion and energy. Keep an eye out for these evenings when booking your accommodation because you might just find a whole new sound and scene that makes you instantly addicted as I was last September. For a little preview of the fantastic Tamorra sound click here for a photo/video clip. You can also find out more about Neapolitan music and folklore by watching the excellent "Passione" by American actor John Turturro, a must-see for anybody planning a visit to Naples and the surrounding area.

Ok that's all for today, I hope you like the sound of the tamorra and I'll be back tomorrow morning to talk a little bit more about the daily life on this wonderful island.