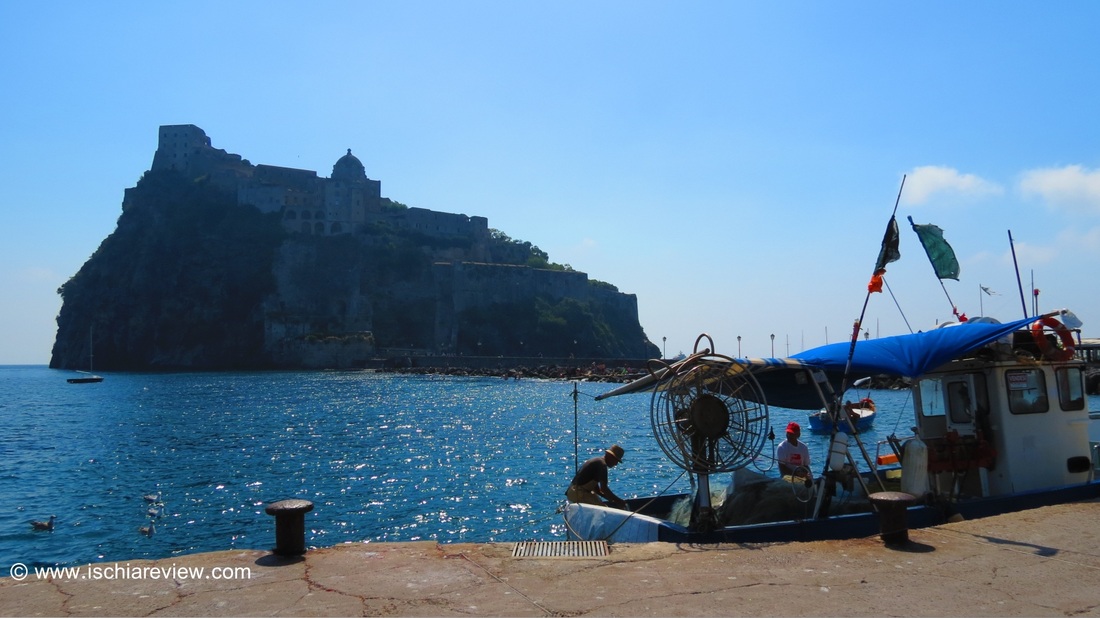 Well it's a peaceful enough start to the day, although it's still quite dark outside at the time of writing it's clear to see the skies are clear and there's always the soft twitter of birdsong to induce that feeling of calm. Yesterday's predicted showers never arrived and instead we enjoyed a nice warm afternoon with sunny and cloudy spells. However, the forecast for later today warns against rain and high winds around 35 mph/57 kph while the temperatures should be around a maximum of 21° celcius (70° fahrenheit) and a significantly cooler minimum of 15°C (58°F)  this evening.

On the day that Welsh actor Richard Burton was born (1925), we can cast our minds back to the time when this legend of the Hollywood silver screen showed up in Ischia with his equally glamorous partner Elizabeth Taylor. Back in 1962 the pair captured the world's attention by conducting an affair in full view of the world's press, much to the horror and outrage of the world's readers because they were both married at the time, and not to each other!

Their affair began while filming the big budget production Cleopatra in Rome and the increasingly large press entourage followed the pair as filming moved south to Ischia. The island became completely engulfed with all things Cleopatra, Burton and Taylor with all of the gossip and rumours about the illicit couple filling the cafes and bars from Ischia Ponte to Sant'Angelo. The huge production came with hundreds of extras and massive props such as the Egyptian barge which was the centrepiece of one of the film's most spectacular scenes. Ischia was performing the part of the port of Tarsus in the film in the scene where the huge barge powered by the blood and sweat of its hundreds of oarsmen arrives in the city, decked out in full regalia as the queen prepares for her meeting with Mark Anthony.

Today's photo is of a slightly humbler fishing boat outside Castello Aragonese in the same location that Cleopatra was filmed. The castle and the small square in front of it can clearly be seen in the film with seemingly thousands of visitors waiting to greet the magnificent ship as it arrives at the port. Today that pretty piazza is usually full of a few dozen people milling around, admiring the views of the castle or taking a coffee at the cafe on the land side of the bridge, but it's worth remembering not only its real history but also the day when the area became swamped with film extras and of course the two scandalous protagonists who lit up the island with their illicit love affair.

The relationship between Burton and Taylor blossomed in to marriage and then famously into divorce and the two were rarely out of the news when they formed their rollercoaster partnership which was full of scandal and drama and there have been many books written about their lives while filming Cleopatra. Of course, Ischia also played its part in the historical real events that were unfolding on its shores whilst depicting history of a very different kind with the story of the film. Apart from Cleopatra, Ischia has a very significant story of its own to tell in terms of movie production and you can read a little bit about that here with our article "Ischia in the Movies".

Ok so that's all from me for today, I hope you all enjoy a nice long Sunday lie-in wherever you may be. For those people planning on coming to Ischia, drop us a line of you have any questions and for those people already here, keep an eye out for those high winds later.