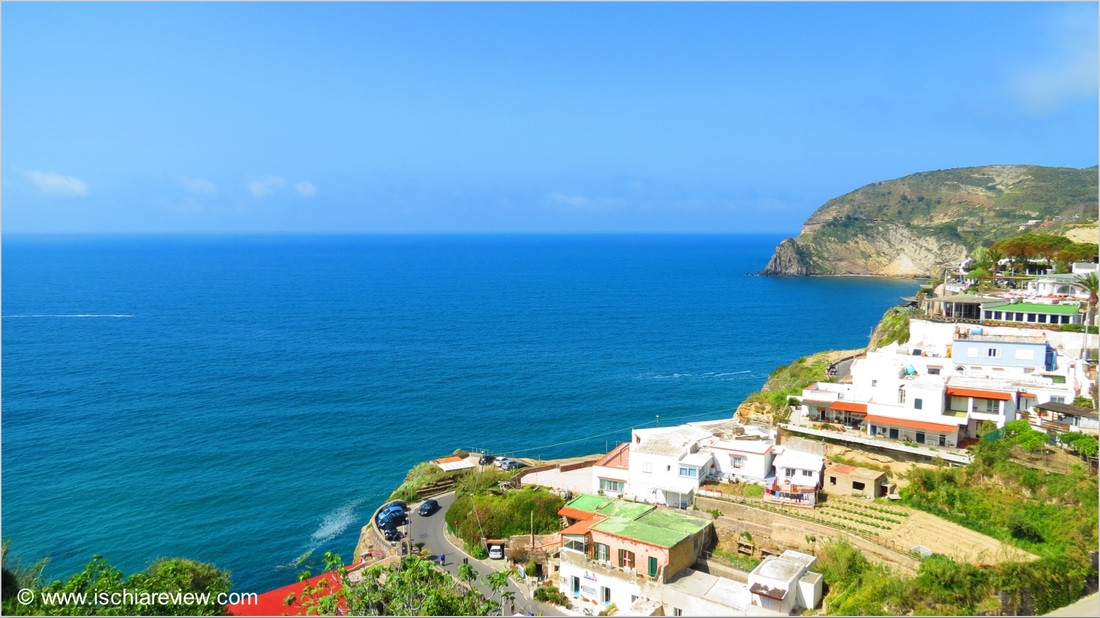 We've had a slightly mixed start to the day here with some cloudy spells intermittently interrupted by some nice warm sunshine. Right now if I look out to my right the horizon is looking a little grey and the island of Ventotene seems to have disappeared (which I'm hoping is just because of the clouds rather than something more serious!). To my left, the crown of Mount Epomeo is shrouded by a murky, fairly sinister cloud that could turn into something nasty later.

Just in front of the mountain a group of seagulls are excitedly bickering among themselves about something (in that way that seagulls do!). By the way I have no idea what the collective term for seagulls is so if anybody out there knows please enlighten me. I hope it's something interesting like a "murder" as in crows or a "gaggle" as in geese but now that I think of it I think it might be just a boring old "flock", anyway, I await closure on this with interest...

It's been a fairly busy weekend on the island so far, this is the second weekend of what will be three weekends in a row of national holidays in Italy. Last weekend was Easter which brought a large amount of visitors, some of which just to enjoy the spectacles of Actus Tragicus and La Corsa dell'Angelo which were again impeccably carried out, and this weekend is another bank holiday weekend ("ponte" in Italian, meaning "bridge" or "bridge weekend"). Friday the 25th was the "Anniversario della Liberazione" which commemorates the end of World War Two and the Nazi occupation of Italy. Most businesses in Italy close on this day meaning another large amount of visitors popping over from the mainland for a long weekend or a week in some cases. Then next weekend we'll have "Primo Maggio" which is the first of May, or otherwise known as "La Festa del Lavoro" (Labour day" or "workers day") which falls on Thursday and means another bank holiday or "bridge weekend".

Walking around Sant'Angelo yesterday it was great to see so many people out and about, either enjoying a coffee or ice cream in the village square or catching some rays on the beaches such as Chiaia di Rose. Most of the beaches are a bit quieter today, despite it being a Sunday, and the large majority of people that are out and about today are either relaxing at the thermal parks or up in the hills and mountains on trekking expeditions.

Looking ahead at the weather for the rest of the week, things are looking generally brighter than today. We may have a few spots of intermittent rain tomorrow but after that we should see a lot more sunshine with temperatures ranging from a minimum of 14° Celsius (56° Fahrenheit) to a maximum 20°C (68°F) on Thursday and Friday.

Today's photo comes from Sant'Angelo where I was yesterday. We've taken on some new villas and apartments in an area with fantastic views across the island as can be seen in this image, and those will be available for rental soon in the self catering section of the site so keep an eye out for those if you're planning a trip.

Ok that's all from me today, please keep the e-mail requests coming in and whatever it is you need to know about the island we're only too happy to help. I'll be back with more next weekend.

Today in history: The British government passes the "Tea Act", something that didn't go down too well in Boston!