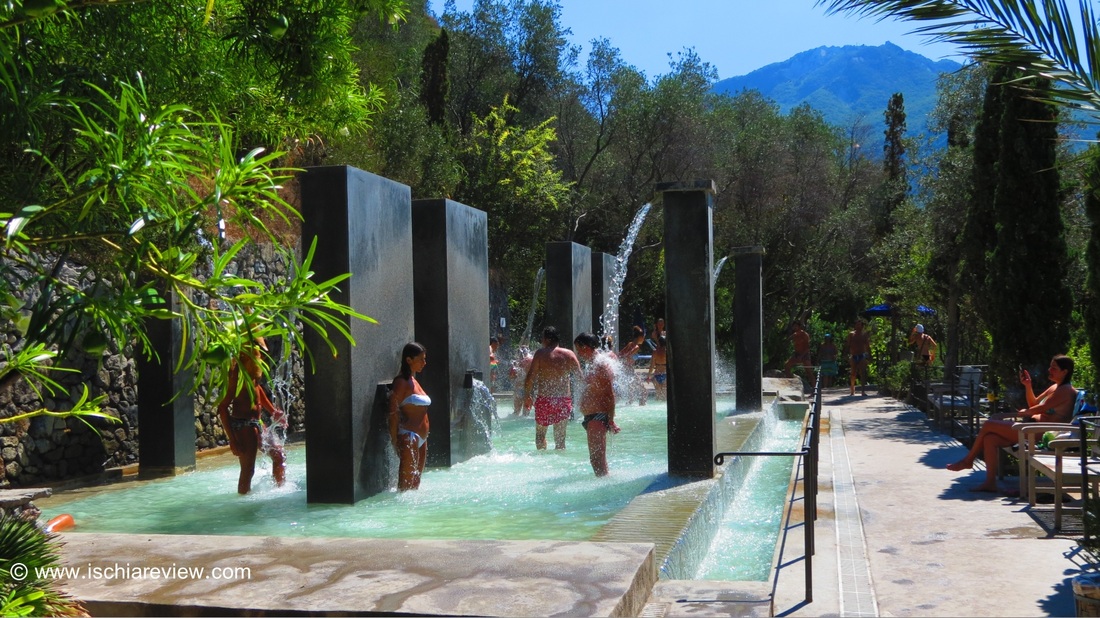 It's another pre-dawn start here at Ischia Review with a busy schedule for the day ahead meaning the blog is written in pitch darkness. With the sun rising slightly earlier each day (07:20 this morning), it's great to watch the world outside gradually come to life as an ever-increasing source of light appears from the east. Looking west, the street lights on the island of Ventotene are clearly visible and without any wind the sea in the foreground is sleepily motionless.

Right now it feels reasonably warm, around 11° Celcius (51° fahrenheit) and we should see temperatures rise to a maximum of 14°C (57°F) this afternoon. It's nice and dry at the moment but unfortunately that doesn't look like it'll last with rain predicted any time now and we look to be in for a pretty damp day if those forecasts turn out to be accurate. Tomorrow also seems to be heading the same way but things should take a more positive turn by Saturday with some much brighter weather predicted for the weekend and the early part of next week. We shall see!

Today's photo transports us to a brighter time of year when we'd all quite happily be stood under the thermal water showers of Negombo Thermal Gardens as those lucky people can be seen doing. Based in Lacco Ameno, Negombo is one of the most highly rated of Ischia's thermal water parks and has a lot to offer for anyone who is making a considered choice about which one to choose. It has twelve separate pools, I hesitate to add the word "swimming" before them because most of them are the type where you bathe rather than swim although there is a large, 33 metre sea-water pool that can be used if you fancy a little bit of exercise.

As with all of the thermal parks, the water is naturally warm rather than being naturally heated. Temperatures usually range from 22° Celcius up to 40°C in the Kneipp baths where you alternate between hot and cold to improve your circulation. The original water provided in the pools is in fact much hotter than the temperatures above, in some cases it can be as high as 100°C but various cooling systems enable the parks to regulate the temperatures to make them comfortable and also to offer a variety of environments. Visitors to the parks spend the day hopping from one pool to another, either to stimulate the body or just for a change of temperature and scenery.

Negombo is blessed with some of the very best scenery as well, its position in the bay of San Montano is one of the most picturesque spots on the island as the sandy beach is flanked on either side by tall, rocky hills dotted with thick vegetation and palm trees. Visitors to the park have direct access to the private section of the beach with its parasols and sun-loungers and there's also a great restaurant where you can take a break from the rigours of lounging around in the pools by having a spot of lunch while looking out to sea.

Whilst Negombo is undoubtedly one of the best of Ischia's thermal parks, there are plenty of others to choose from with Poseidon and Castiglione offering a similar level of quality and features, each with its own unique characteristics. Others worthy of note are Aphrodite and Tropical which are both in Sant'Angelo as well as O' Vagnitiello in Casamicciola.

We've had a few e-mail recently asking when the thermal parks will be open and as yet there's no official word on that but generally speaking, the first ones tend to start the season in late March/early April. We'll keep you up to date with news about all of the park's opening dates as soon as we have them but feel free to drop us a line if you have any more specific questions or if you'd like our opinion on any of them.

Ok that's all from me this morning, having got to the end of today's blog it's now light outside and time for a spot of breakfast before hopping on the scooter for another day of Ischia Reviewing.

Have a great day wherever you are.

Today in history: Britain's House of Lords has its first televised debate (1985)