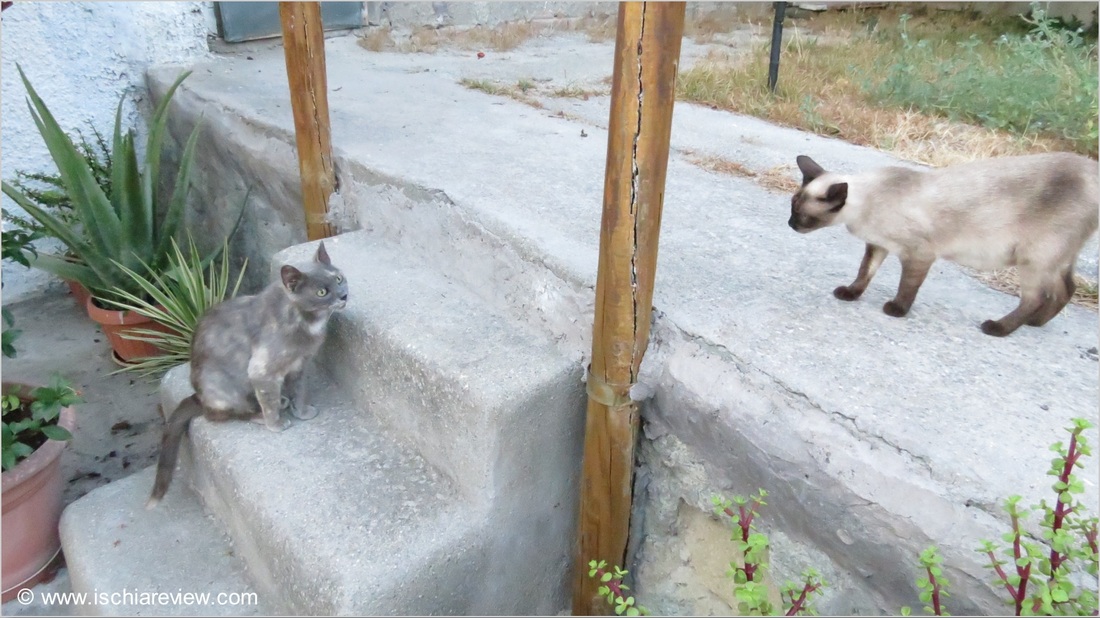 Today's blog is all about the incredible news that is sweeping the island of Ischia today. Scientists, vets and anyone who has an interest in the animal kingdom are said to be packing their bags for hastily arranged trips to Ischia this morning after news emerged of the first ever talking cat which was discovered late last night. What appears to be a normal house cat can be found down by the harbour in Forio speaking about its life while stunned onlookers stand open-mouthed listening to its every word. The female cat is a mottled grey colour and calls herself Aprila.

Traffic has come to a grinding halt on the island as everybody flocks to Forio to catch a glimpse of this fantastic feline.  Aprila has been explaining to her audience how she has been reluctant up until this point to reveal her linguistic skills for fear of being taken captive by the authorities but decided to break her silence in order to bring mankind closer to the animal kingdom.

Able to speak and answer questions in both Italian and English, Aprila speaks with a strange accent that at times sounds a little bit Chinese and at others appears to be of African descent. We're still waiting to hear where she grew up or how she was able to learn these languages as for the time being she's been concentrating on requesting improved living conditions for her friends and family. One of her complaints has been the lack of suitable food and accommodation, insisting that the meals and sleeping arrangements she and her fellow cats have to put up with are vastly inferior to those enjoyed by humans who seem to have the best of everything.

Lack of job opportunities has also been discussed with Aprila highlighting that cats are almost always overlooked for any new posts that they could easily fill such as resident mouse-catchers or in her case computer programming which she insists she is a role she would be more than capable of fulfilling.

Ischia Review managed to take a quick snap of Aprila as she was deep in discussion with her brother who unfortunately still only speaks in cat language (apparently called "Felinian"). Her brother, a beige and brown cat called "Folo" was excitedly giving his sister instructions about what she should tell her human audience  but first and foremost amongst his requests was a bowl of milk and a nice slice or two of fresh fish if at all possible.

More details are still coming through by the hour and we'll keep you up to date with this story throughout the day. Drop us a line at info@ischiareview.com if you need any information on this.