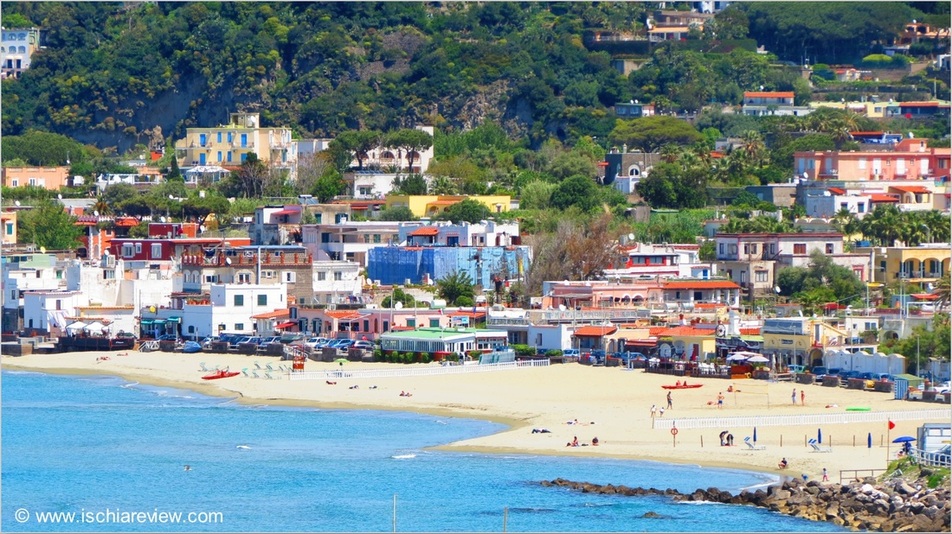 Welcome to our weekly Ischia blog, Ischia on Sunday. Here you can see the entry for Sunday 19th October 2014.
Good Evening Ischia!

Stiffen the sinews, summon up the blood or simply go and make yourself a nice cup of tea as once more we enter the breach known as Ischia on Sunday.

Another wonderful day in the Gulf of Naples is nearing an end with darkness falling about an hour ago, preceded by one of those delicious, colourful sunsets that you can never feel blasé about no matter how many times you see them. So without further ado or Shakespearean quotes I shall share my weekly thoughts on Ischia but with a slight twist....

Before expanding on the aforementioned twist I shall first give my usual weather update. In fact the update has been pretty much unaltered for the last month or so, lots of sunshine, warm afternoons and mild evenings. I can't remember the last time it rained so given that I usually have a memory span of about a month I estimate that we haven't had a downpour since the middle of September but I'm happy to be corrected on that by anyone with anybody blessed with superior brain-power (this means most people, sadly). Looking into the crystal ball of the latest forecasts it looks as though the drought could come to an end some time around Tuesday next week but only very briefly, and followed by more clear stuff with temperatures hovering around a maximum of 27° Celcius (80° Fahrenheit) and a minimum of 21°C (69°F) in the evenings, we shall see.

This week's twist comes in the fact that I will be talking a little bit about somewhere other than Ischia for a change although still related to what you can do if you visit here. Given that the main summer season is drawing to an end and the amount of visitors has greatly reduced over the past few weeks, we now have a bit more time on our hands and decided today was the right time to go and check out Ischia's slightly more famous neighbour, Capri. With various day-trips on offer such as Positano & Amalfi, Sorrento, Ponza & Ventotene, we plumped for the island named after a 1970's sports car*......

Embarking from Forio we took the hydrofoil as it made its way around Ischia to pick up more passengers in Lacco Ameno, Casamicciola and then Ischia Porto. The crossing from that point takes about an hour or so and we arrived around 10:30 having set off from Forio at 08:45. During the mini voyage, my glamorous girlfriend Silvana had the inspired idea of renting a scooter in Capri so on arrival we took a slightly different direction to the majority of the crowds and picked up our two wheeled machine, slightly battered and bruised but full of yellow charm and engine buzzing character. Alternatives to this were to take the funicular railway up the hill, a bus or a group guided tour but as far as we were concerned this was definitely the best way to see the island. The scooter afforded us a lot of freedom to explore and after a general whizz round we had a quick look around the shops and piazzas of Anacapri before heading down to the Grotta Azzurra, otherwise known as the Blue Grotto.

Descending a little way down to the lagoon to reach the entrance of the cave, you're met by the slightly unusual sight of dozens of little boats jockeying around for position with people hopping on and off the various craft in quick succession. You quickly learn that the little hole in the rocks to your right is your next port of call and that to enter you must lay down flat on the boat so as not to decapitate or at least give yourself a nasty head injury. The sailors who drive the boats obviously can't lie down as well so it is with great skill that they duck down just at the right moment while also having to judge the tide and the waves to perfection. The blue grotto is very blue, remarkably so. Before planning a trip to Capri most people will have probably seen some kind of images of the cave and know what to expect but it's still a bit of a surprise to see just how blue the water is in there. This glowing blue cave is a beautiful, natural phenomenon that draws gasps from each new visitor as they enter for the first time. Now much as I admire the skill of the oarsmen as they navigate their way through this tiny entrance, I can't help but feel the atmosphere once inside should be a little more natural, i.e. quiet. What happens instead is that you are joined by another ten or so boats and the driver of each one either starts singing (really quite badly I'm sorry to say) traditional Neapoletan folk songs or in some cases, playing some very loud drums. Yes, inside a cave! The whole experience lasted around 10 minutes, 5 of which are spent jostling for position outside the cave and cost €13 each. Doing some simple maths tells you that's quite a nice hourly rate and may go some way to explaining why they're so keen to burst into song at any given moment....

Back on our trusty yellow metal steed, we zipped over to the lighthouse, enjoyed a quick picnic and then headed back over to the other side of the island. One of the icons of Capri is the set of tall rocks that sit just by the shore, known as the "Faraglioni". These giant boulders create a stunning landscape contrasting against the bright blue of the shallow water and the intense green of the trees and foliage growing on the cliff beside them. There are several places to view the Faraglioni, from the sea, from Marina Piccola or by walking through the main town of Capri and then on to a beautiful path that hugs the cliff edge and allows you to pass directly in front of the huge obelisks in the water. Taking the route through Capri town means you run the gauntlet of the Louis Vuitton, Gucci and similar brand shops that most of us can't afford to enter and there are also some stunning villas and five star hotels that match the lifestyle expectation, earning Capri its "chic" label. I personally found the natural beauty of the island much more appealing than any of the shopping on offer but shopping there is and plenty of it too.

After dispensing with the scooter it was back down to the port for an ice-cream and to take the hydrofoil back to Ischia. Being on Capri was quite a strange feeling for me, having seen it every day from a distance for the last couple of years. Despite being very close to each other there really is a world of difference between the two islands. I won't go into great detail about those differences but suffice to say that while there is much to admire about Capri, in my opinion there is much more to enjoy in Ischia.

Speaking of which, this week's photo comes from Chiaia Beach in Forio. The beach as you can see has been almost empty at times this week and with the fabulous weather we've had in October, anybody who has visited us this month will surely go away thinking this must be one of the best times of year to see the island and I certainly can't argue with that.

Ok so that's probably more than enough from me this week, I hope you enjoyed your cup of tea and I'll be very happy if you'll be booking yourself for more of the same (or slightly different at least) this time next week.

Today in history: "Black Monday" on Wall Street as the Dow Jones crashes (1987)