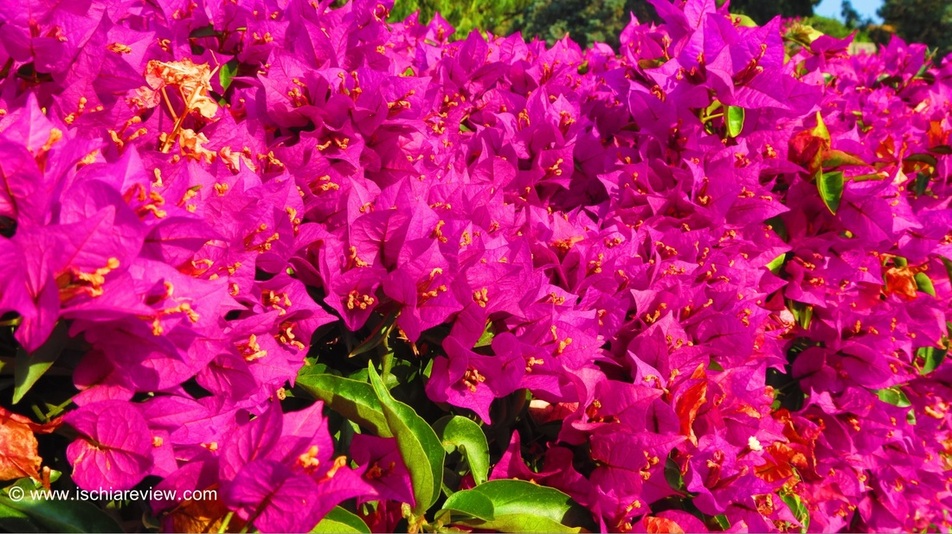 Welcome to our weekly Ischia blog, Ischia on Sunday. Here you can see the entry for Sunday 21st September 2014.
Here we are again on a Sunday afternoon/evening, ready to give our weekly take on all things Ischia.

However, in order to spice things up a little bit, we've decided to put the weekly blog into somebody else's hands. The hands that this week's blog resides in are no ordinary hands though. One of the island's most prominent fans happens to be a novelist of international renown and without further ado, I will pass you over to one Toni De Palma, enjoy.....


A Love Letter to Ischia

My favorite quote about Italy comes from Billy Wilder. He said, “Italy isn’t a place. It is an emotion.” To this, I would add that Italy is also a deep abiding love affair.

My own love affair with Italy started at the age of three when I traveled to Ischia with my mother and brother for the first time. Both my paternal and maternal grandparents come from Ischia and this trip, in a way, marked my official homecoming. However, after the thirteen-hour trek from the States that included an eight-hour plane trip, a slog by train from Rome to Naples, then the ferry ride to the island, I was cranky. But as the ferry pulled into Ischia Porto, something in me awakened. Even at the age of three, I could sense that I had landed someplace magical. The distinctive smell of oleander prickled my nose and I was fascinated by the shadows that played hide and seek over the peak of Mount Epomeo. And when I licked my lips, I was delighted. The sea air had deposited a salty kiss on my lips!

The next time I traveled to Ischia I was six.  Blonde and blue eyed, the Ischitani assumed I was a little German girl. It was a fair assumption, since so many Germans visited the island at the time to avail themselves of the thermal baths. That summer, my skin turned golden and my hair platinum. I spent most of my summer on the beach of San Montano where the sand was soft and the water velvety and cool against my warm skin. The water at San Montano beach is also relatively shallow, which made it the perfect place for my father to teach me how to float. As my six-year-old self, I extended my skinny limbs parallel to the horizon. My father stood behind me with his hands rested gently underneath my shoulders and I thrust my stomach and chin upward toward the sky. Floating, I quickly learned was like love. It required trust. As soon as my father let go, I had to entrust myself to the sea. It didn’t disappoint me. Salty and buoyant, the sea cradled me, and the ebb and flow of its gentle ripples matched the rhythm of my breathing perfectly. In that moment, the sea, Ischia, and I were one in the same.

When I was eighteen, I visited Ischia again and this time I really did fall in love. While talking to a group of friends, I stood on the steps of Calise in Casamicciola when a young man approached me. He was the friend of a friend, a boy who I’d noticed before and with whom I’d flirted a bit. He was dressed impeccably and, just like one of King Arthur’s Knights of the Roundtable, he was holding his helmet. His trusty steed was his motorcycle, which stood parked close by. When he asked me to go for a ride with him, how could I say no? Years later, that young man would secretly paint I Love Toni on a wall above Lacco Ameno, cementing my love for Ischia in a delightfully different way, but a way just as sweet.

As years fly by, Ischia continues to be an unfolding treasure for me. I have had the immense pleasure to meander along the small viccoli or streets, listening to snippets of conversations floating out of the homes as families get ready to share their afternoon meal together. I have sat on a bench admiring the inky black sky, punctuated by the stars and the twinkling lights of Monte di Procida. And the color of Ischia – the softball sized lemons, the flapping clothes lines and the bursting bougainvillea, sultry as a woman’s lipsticked lips, for me, rival the colors in a brand new box of crayons.  With each visit to the island, I fall deeper and deeper in love. In fact, now when I am on the ferry or hydrofoil and am approaching Ischia, the port, with its left and right banks, reminds me of the curve of a lover’s embrace. Each time I return, Ischia seems to pull me into this embrace and whisper, “Welcome back, Bella. I’ve missed you.”


Toni De Palma was born in Brooklyn, New York. Her first middle grade novel, Under the Banyan Tree, was published in 2007. Since then, she has gone on to publish three other novels including the Devil Series. She holds her MFA in writing for children and young adults from Vermont College and she is a recipient of a New Jersey Arts Fellowship. She currently resides in New Jersey. She is also a writing coach. Read more about Toni's work and her editorial services at: www.tonidepalma.com