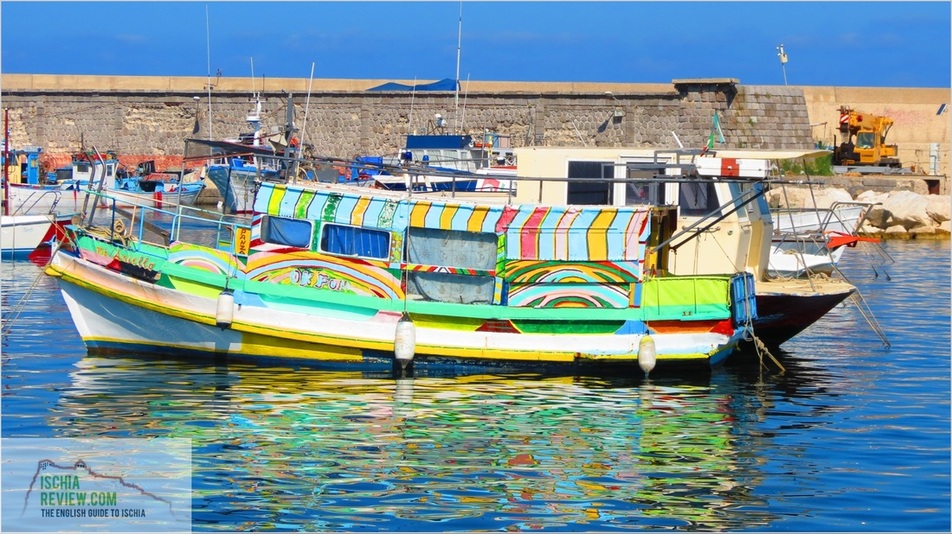 Welcome to our weekly Ischia blog, Ischia on Sunday. Here you can see the entry for Sunday 24th August 2014.
Good Evening Ischia!

Greetings from a breezy Ischia where after a morning of glorious sunshine the island has been swept by strong westerly gusts and a few clouds that prematurely ended many people's afternoon at the beach but gave those surfers down at Citara a whale of a time.

Being a part of that very same mass exodus I'm now in position to provide my weekly take on all things Ischia with plenty to talk about after another absorbing week on this island of ours.

As I start to write, it's mid-evening and the sun left the scene a good few hours ago, replacing the canvas of blue-grey sky with a  deep black shroud, illuminated by a variety of sources. In order of furthest distance, first there are the omni-present stars glimmering away as they explode millions of years ago (I really have never quite understood this phenomenon particularly well as I'm sure you can probably tell), closer to home there's a cruise ship with its neatly ordered rows of lights in stark contrast to the natural ones above. The ship is somewhere around the island of Ventotene and slowly making its way towards Naples and as I cast my view to the left I can see the lighthouse at Punta Imperatore helping to keep everything under control with its long, raking beam warning of the rocks that lie beneath.

The illuminations are complemented by the sounds of distant motorbike engines mixed in with the beats of modern dance music and the  collaboration of instruments that come together to make traditional Neapolitan folk music, as some of the hotels nearby entertain their guests for the evening.

The breeze from this afternoon has now died down and we have an extremely pleasant evening. We're half-way up a mountain slope but it's still warm enough to be out in a t-shirt and shorts. The outlook for the next few days is unsurprisingly good although we have had some unpredictable weather over the last week or so. Daily temperatures are around a high of 29° Celcius (84° Fahrenheit) and  an evening low of 23°C (73°F) down in the towns, definitely sitting outside in restaurants weather.

Now if at the beginning of last week, somebody had told me that during this week's blog I'd be waxing lyrical about a Queen tribute band, then I'd probably have laughed at them and called them something uncomplimentary, (nothing too bad mind, maybe "plonker" or the sadly out of fashion "wally"), but lyrically wax I will! I'm not a big fan of Queen, probably more of a low to medium-sized one, but after the events of last Tuesday in Barano that has all changed. When it was suggested to me that we should go and watch "Queen of Bolsara", I scoffed and thought it would be a waste of time. How wrong I was, the lead singer was the very embodiment of Freddie Mercury in terms of appearance, voice and above all, dance moves! The free event in the village square of Barano which defines "sleepy village" most of the time, became a mini Live-Aid at Wembley Stadium 1985 and to be just a few metres away from the stage was a privilege. Definitely my highlight of the week, well done that man!

In fact the island has been sprinkled with a fairly hefty dollop of star-dust this past week. Apart from the faux-Freddie, our presence has also been graced by none other than Steven Spielberg, in tow with ex Miami Vice star Don Johnson, James Brolin and no less than Barbara Streisand (Brolin's wife for those that didn't know and yes that includes me) who was said to be "innamorata" (in love with) the island. What devilish plan are the legendary director and his star-studded entourage hatching? Could there be yet another addition to Ischia's film history in the pipeline? We'll have to wait and see on that but I'm all for a bit of rumour-mongering if it helps set the wheels in motion.

On the subject of film, another delight was provided by the short video created by Ischia's very own Luca Ricci. Simply called "Ischia", this cute and amusing video is an absolute must-see to anybody who's been to Ischia already or planning a trip in the future. Check the video out here.

Today's photo was taken yesterday morning in Forio harbour, a beautiful multi-coloured boat that I've passed dozens of times and always wondered what goes on inside the rainbow clad vessel.

So I think that's almost all from me for this week although I should mention a couple of events that are coming up. The first of those events will hopefully provide me with my dinner this evening, the "Sagra degli Antichi Sapori" ("Festival of Ancient Tastes" more or less) which is underway in Forio and I believe is an homage to the noble squid. Then on Tuesday 26th August there's the excellent Festa di Sant'Alessandro that takes place at Castello Aragonese in Ischia Ponte. It's a kind of costume festival that revolves around the history of the island and the castle so we'll be there to take some photos and tell you how it all unfolds.

Ok so I bid you all a very good evening and week ahead. I'll be back with more from Ischia next Sunday.