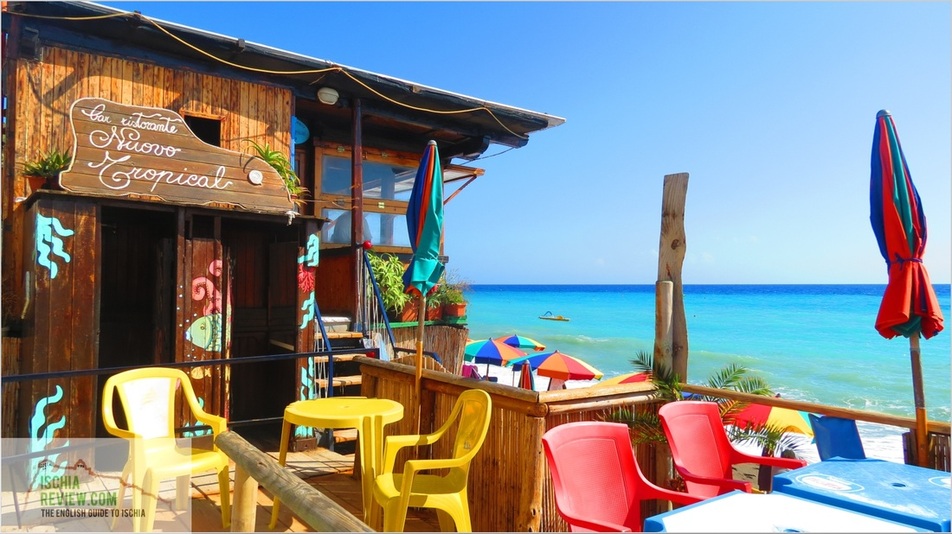 Welcome to our weekly Ischia blog, Ischia on Sunday. Here you can see the entry for Sunday 28th September 2014.
Good Morning Ischia!

After last week's beautiful guest blog by Toni De Palma it's back down to earth with my humble scribblings on what has been a truly unforgettable week on this crazy little piece of volcanic rock known as Ischia.

After a brief tour around the garden in search of scene-setting inspiration, I can report that apart from the odd barking dog in the distance, ubiquitous far off hum of a vespa and the light fluttering of a butterfly's wings, well things are really rather quiet.

If ever the phrase "the calm after the storm" was appropriate it would be now. It's been an extraordinary week, lit up by wonderful human beings with inspirational stories and personalities, adventure on the low seas and bundles of fun.

Since last Christmas we'd been planning a week-long yoga retreat for a group of American yogis (a word I learnt just this week), with a range of activities including a walk up to Mount Epomeo, a Neapolitan themed party, day out at a thermal park and a boat trip on our schooner. All those months of careful planning were then finally condensed into seven days when every minute lasted about 3 or 4 seconds as we endeavoured to create a memorable experience for this wonderful group of people. The actual weather along with the weather forecasts provided us with a stern challenge but we just about defeated those enemies and survived the other random tests that fate decided to bestow on us.

Sherry Smith's Yoga Retreat 2014 will leave a lasting impression on all those that were involved in some way shape or form and the island is a poorer place in their absence. I'll just take this opportunity to thank the group for their enthusiasm, joy and indomitable spirit, everybody who helped us with the organisation of the events for their flexibility and skill when we were faced with the various challenges and whoever it is up there in the sky who creates these fascinating plots and sub-plots for us mere mortals to experience.

So as September starts to think about changing into October, it's natural for those that work on the island to start turning their attention towards the end of the main tourist season but that would be slightly remiss as there is still so much more to look forward to, not least the weather. As I alluded to above, we had some unexpected rain, wind and clouds for large parts of last week but a cursory glance at any weather website (I should just point out that I've studied so many forecasts over the last seven days that now when I open up my first Google page in the morning, three or four of these sites appear in the list of most visited, replacing the usual favourites such as the Ischia Review Home Page, Mailbox and erm, BBC Sport), you will find week-long sunshine predicted, with top temperatures lovely and warm at around 26° Celcius (80° Fahrenheit), and still a very healthy 21°C (69°F) in the evenings.

However it's not just the weather that anybody who'll be in Ischia for the next week or so should be excited about. This coming Tuesday the 30th September sees one of the most electrifying spectacles on the island, the climax of the festivities in honour of San Michele (Saint Michael), the patron saint of Sant'Angelo. The Festa di San Michele is an extraordinary event that takes place every year in the pretty fishing village in the south west corner of Ischia. The main event starts just after sunset, the winding streets and paths of the village bedecked with thousands of candles, creating an air of mystique and intrigue as day turns to night. A flotilla of boats departs from the harbour, bound for the bay of Punta Chiarito in Panza. At the head of this mini armada is the statue of the saint, and the rest of the fleet follow in respectful sobriety. At this point, the small group of hotels that lie on the cliff-top above, let off a series of fireworks and the procession turns tail back towards the romantically-lit village. On it goes towards the far end of Maronti Beach when after a brief pause, the full power of the show is unleashed. In a display of almost military levels of firepower, the most dazzlingly co-ordinated sequence of fireworks are let off, synchronized with the movement of the lead boat and those that follow as they make their way back towards the village, culminating in a deafening roar some time around the Miramare Sea Resort at the edge of the village by which time the air is thick with cordite.

The procession carrying the statue of San Michele then revert to the village itself where a series of masses are held and the icon returned to its home in the church that bears the saint's name, la Chiesa di San Michele. At this stage there will be lots of people in the village, eating drinking and generally making merry to the backdrop of traditional music with dozens of stalls selling local delicacies and festive produce. Of all the year's many events, this really is the one not to be missed so if you have even the slightest possibility of being there I would urge you to do so.

Ok so I'm almost done for this week, I've brought the blog forward to the morning in order to concentrate on replying to some of those e-mails I haven't replied to yet (I apologise if you were one of those people I was tardy in responding to), but before doing so I will allow myself the rare luxury of relaxing in the good company of some visiting family members whom I seldom see due to my self-imposed exile from that country that sits roughly 1,318 miles to the north-west of here.

My final comment will be about this week's lovely photo, one of my favourites of the year actually. It comes from the Bar Ristorante Nuovo Tropical on Maronti Beach and I just love the combination of colours and the general statement it makes, something along the lines of "come over here, sit down with a drink and then go and jump in that beautiful water", something like that anyway. In fact, just as I wrote this line, my iTunes randomly shuffled on to "Rudy a Message to You" by Dandy Livingstone which I would suggest is the perfect accompaniment to this week's blog, but I guess I should have told you that at the beginning eh....

Back with more next week.

Today in history: William the Conqueror lands in Sussex for the start of his invasion of England (1066)

Born on this day: Chinese philosopher Confucius (551 BC)