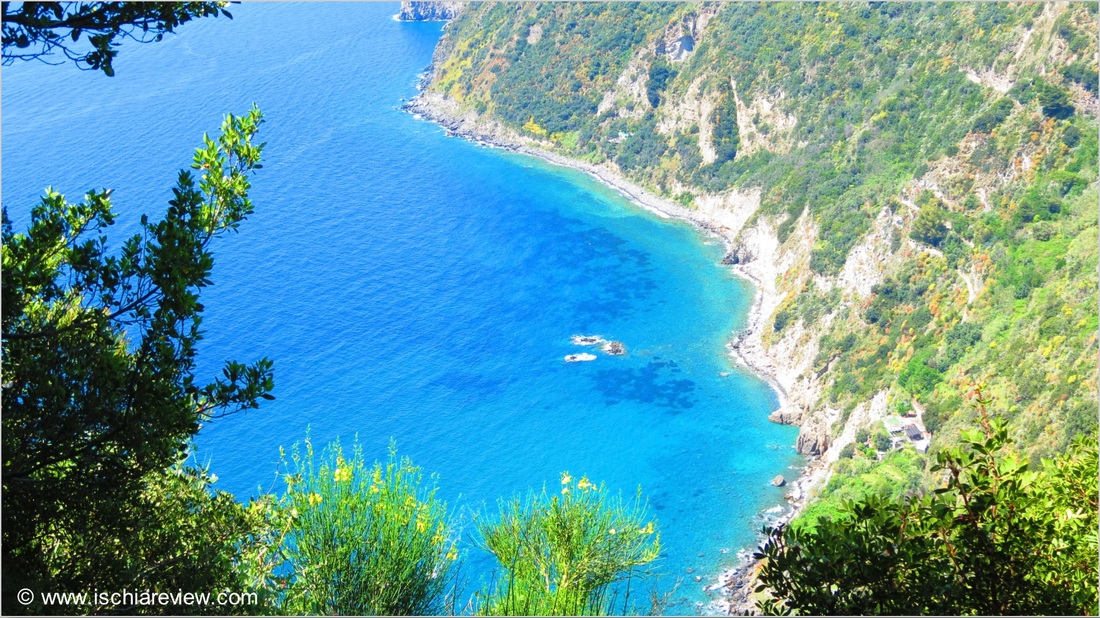 Welcome to our weekly Ischia blog, Ischia on Sunday. Here you can see the entry for Sunday 25th May 2014
Good Evening Ischia!

Welcome to the slightly changed weekly blog, changed in so much as it's now called "Ischia on Sunday" (sorry I couldn't think of anything more original than that but I could always change it if somebody has a really good idea!) instead of "Good Morning Ischia". The change was partly because that way people will know that the blogs will be written just on Sundays now rather than daily as they used to be, but also because without specifying the word "morning" in there, it gives me a bit of leeway if I'm running a bit late, doing some Ischia Review-related activity or simply having a nice Sunday lie in!

However, despite the name change, I still just failed to fulfil my pledge as today's Sunday blog has crept in to Monday, making a complete mockery of everything I've just said above! Putting some positive spin on the situation, this does allow me to approach things from a slightly different perspective, telling you about the day that's just been rather than the day to come let me know which you think works better if you can. Before I continue I should give a special mention to my new best friends, John & Denise from Leicester in the U.K. who wrote in earlier to tell me that they were waiting for today's blog, not only was it great to hear that somebody was actually keen to read the blog, but it also confirmed to me that I do have at least a few readers out there so thank you John and Denise, this one's for you!

So looking back on today the main feature (as it often is) has been the weather, we seem to be in the midst of a heatwave at the moment and while nice weather at this time of year isn't completely unexpected, it has been absolutely sweltering. Temperatures this afternoon were up around 27° Celsius (80° Fahrenheit) and that trend looks set to continue for the rest of the week.

The first and last parts of the day were spent in the garden, unfortunately not sunbathing with a nice cool glass of something but digging up thousands of weeds from our now glorious looking flower beds. In fact I have dug up so many weeds over the last 24 hours that when I close my eyes, all I can see are said weeds. There's a particular type of weed that grows amazingly well in our garden which is called "Denti di Cavallo" (Horse-Teeth), which is basically grass that's very much unwanted. Anyway, the effort was worth it and I'll be sharing some photos soon on the Ischia Garden page.

For the middle part of the day we went down to check out this year's Ipomea Flower Craft and Food Festival at Negombo Thermal Gardens in Lacco Ameno. The festival is an annual event that lasts 3 days and showcases a mixture of local arts and crafts, specialist foods and of course flowers from all over Italy. There was a strange mix of aromas as you walked around the various stalls, the most intoxicating of which were from a kind of natural air-freshener stand with its sweet citrus scents and the least intoxicating came from the stand next to it selling a variety of very mature and smelly cheeses! There was also the chance to try out some of the world's strongest chillies but having already done something similar at lunchtime I declined the prospect of a second all out assault on my taste-buds for the day.

Having packed all of that in we even managed time to eat out at the wonderful Pizzeria del Corso in Casamicciola, and riding back home on the scooter was a fantastic experience. At this time of year there are hundreds of fire-flies (actually I just today learnt the word for fire-fly in Italian which is "lucciola" and then realised there's a cafe by the same name in Forio making it nice and easy to remember) all around the island, these wondrous creatures fly around at night with a flashing neon light on their tails which is really quite a sight to behold. Not only was the night sky illuminated by the flashing amber specks provided by the fire-flies, but we were also treated to an impromptu firework display as we passed by Citara Beach at midnight, rounding off yet another spectacular day in Ischia.

Today's photo comes from La Scarrupata, a beautiful bay on the southern coast of Ischia. Last weekend we took the walk from Schiappone to Campagnano via La Scarrupata and I was enthralled by the sight in front of me as we reached the top of the hill, the stunning bright-blue sea shimmering under the sunshine with the distant whirr of speedboats the only audible interruption to the sound of nature at its most graceful. For anybody planning to rent a boat in Ischia or looking for an interesting trek then I would definitely recommend involving La Scarrupata in either of those activities if at all possible.

I want to round off this week's blog with a mention for one of Ischia Review's good friends, a lady called Luciana Morgera, a resident of Ischia who has had the most fantastic idea. Under the name of "La Borsa Verde" (The Green Bag), Luciana has devised a system of exchanging goods and services on the island, following the old principles of the barter system that was in place before nasty old money came along and spoiled everything. You can now log on to Luciana's facebook page and offer for example, a crate of lemons in exchange for a bottle of wine, or something more simple such as some apples for some artichokes for example. Absolutely no money changes hands whatsoever and it's a great way for people to make the most of their resources in these times of economic crisis as well as being a bit of fun and a nice way to meet new people. It's a brilliant idea and one that we fully support so if you're interested to know more, be sure to check out the page or just drop us a line if you'd like to get involved somehow.

Ok that's all from me for this week, please keep all of your e-mails coming in, no matter what the subject or the question we're always happy to help. Next weekend is a busy one in Ischia as it's a national holiday on the Monday (2nd June) so be aware that cars, scooters and bicycles might not be as easy to get hold of if you leave it to the last minute and be sure to get your travel plans in place before you leave home.

Have a great week wherever you are.